Trending Now:
You are at:Home»School Help»Education»How I Got My Kids to Practice Spelling Every Day
257
SHARES
ShareTweetWhatsapp

Actually that isn’t quite true! I didn’t teach them to spell but I did have a simple way of having them practice each day for their weekly spelling tests.

When children are in years 2-6 and even older, they often have weekly spelling lists to learn and mine had a weekly test to check on them. It was part of their homework to learn these.

It all centres around a simple little phone app. 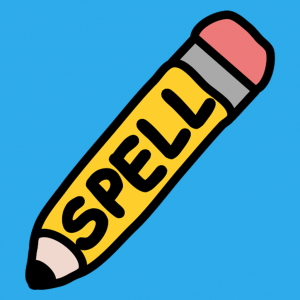 We used an Apple device so started with  “Spelling Test: Free” and actually bought the paid version for a few features. If you have trouble finding that in your region try this one too – A+ Spelling. If you are on Android you could try Squeebles (thought it is paid)

Because its fun and gives them a score I found that they really liked doing it and didn’t complain too often.

How Did It Work?

At the beginning of the week, I would have them enter their words into the app … this involved typing in the word AND recording themselves saying the word.

Then each day the kids would open the app and it would randomly ask them the words and they had to type in the spelling. It actually just plays back their recording of each word but randomising them helps to keep it different. At the end of each test they get a score and it has an option to email the result which they had to send to me before they went to school each day.

Once the kids were in the routine, they did the whole thing themselves and I just received an email from each of them daily so that I could see which words they were mastering or struggling with ….

257
SHARES
ShareTweetWhatsapp
Previous ArticleThe Best Ever Carpool Karaoke with First Lady Michelle Obama
Next Article You Have To See This … It Is So Awesome!!! Really It Is …