When I started school the technology that we had in the classroom was literally a small slate/blackboard and some chalk! We soon progressed to pencil and paper and I think at some point the P&C raised enough money for an Overhead Projector (google it!) for the library.

Fast forward to a modern school and there are more computers than people in some classrooms between laptops, mobile phones, laptops and smart TVs. Teachers are grappling with how to best use it all for enhancing learning but progress is being made. Since the world our children are going to be operating in will have more and more technologies to master, this can only be a good thing but in the short term it can also cause some issues.

Schools generally fall into a few categories with how computers are provided for students and who pays for them.

Some have class sets of devices which are primarily used in the classroom and belong to the school. This means that parents will have little or no access to the computers and the risk is mostly the school’s when any problems arise. This approach works very well with very young children who will learn how to use various functions and apps but who don’t really need to store their work or information. 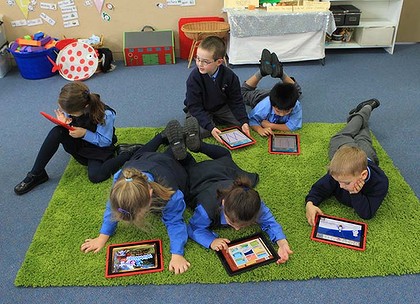 Other schools allocate a device to each student and expect them to use them over a year. The student is generally free to manage the care of the computer including taking them home each night and charging them to full power for the next day at school. Obviously this increases the risk quite a bit as there is so much transport and handling involved and particularly with younger children this can result in damage and breakages. Schools usually include insurance with their fleets but that usually only covers 1-2 claims each year per computer.

Another approach which is growing in popularity is for the schools to advise parents which device or range of models that they recommend and then require students to bring their own. For example, a school may specify two or three acceptable tablets and make them a requirement in a particular year. This puts a large expense on the families but they own the device and if they look after it, may see many years of use from it.

Whichever system your school operates under, its important to get to know all of the details of the arrangement in the beginning and ask any questions about your situation. Check what the costs are, where they can charge and what activities are allowed on the devices. In most cases your school will have clear policy on all of this and an IT team to help support technology in your school. 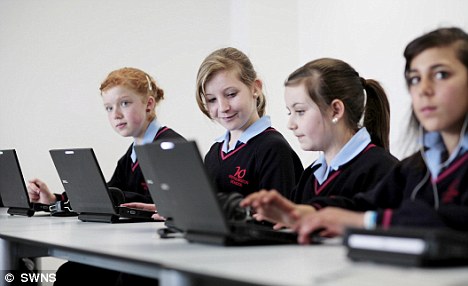 Apart from the issue of caring for the device itself, there are several other common problems that occur around technology in schools:

Making the most of it

Technology tends to have a motivating effect on many students as it is possible to use some very interactive activities, games and accessories. With a little research and by speaking with the staff you will be able to find some great websites or apps that can help your child practice whatever they need next. Anything with ‘levels’, ‘badges’ or a leaderboard can really spur on the students to stick at getting better and learning more.

Many parents have suggested to use some time at home on the devices as a reward for completing other tasks of homework or assessment. We often set time limits of various parts of our children’s homework to ensure that technology isn’t favoured too much. Another tip is to have the students regularly show you what they are doing in order for you to stay up to date too and for more effective monitoring of what they are doing. Time working at a computer doesn’t necessarily equal work or learning haha