Minecraft is a super popular game with many kids and its fairly cheap too. Many teachers have talked about using the game in helping students learn and so I though I would outline a few ideas that you can try at home.

Minecraft is an open world (in creative mode) where players can create cubes of various colours and by stacking these or destroying others, can create very complex shapes. Think of it as Lego inside the computer with unlimited blocks. It’s available on computers, game consoles like the PlayStation or Xbox and also on tablets and smart phones.

Since we have kids of many ages it will be up to you to grade or change these activities to suit their level but it may give you some good ideas and you can take it from there.

Some simple early understanding of numbers and counting can easily be achieved using minecraft. Since the game is a building block style activity, you can give your children a task to create a row or a pile of a particular number of blocks.

You get the idea. Just use your imagination to ask your child questions or give them tasks and once they succeed you can give them a slightly more difficult task or explain where they are going wrong.

You can teach really simple addition and subtraction by giving them tasks where they join objects, or where they add on to an object a certain number of blocks and then count the total. It’s usually best to start with addition and then move on to the subtraction examples.

You can also move on to multiplication by asking them to build three towers with 10 blocks each and working out what the total is … Your creativity is the only limit. Another great idea is to ask them to estimate or guess the answer before they actually count. At first they’ll need to physically count the blocks but eventually they’ll be able to guess and work it out in the head another ways before they actually go and count to check their work. 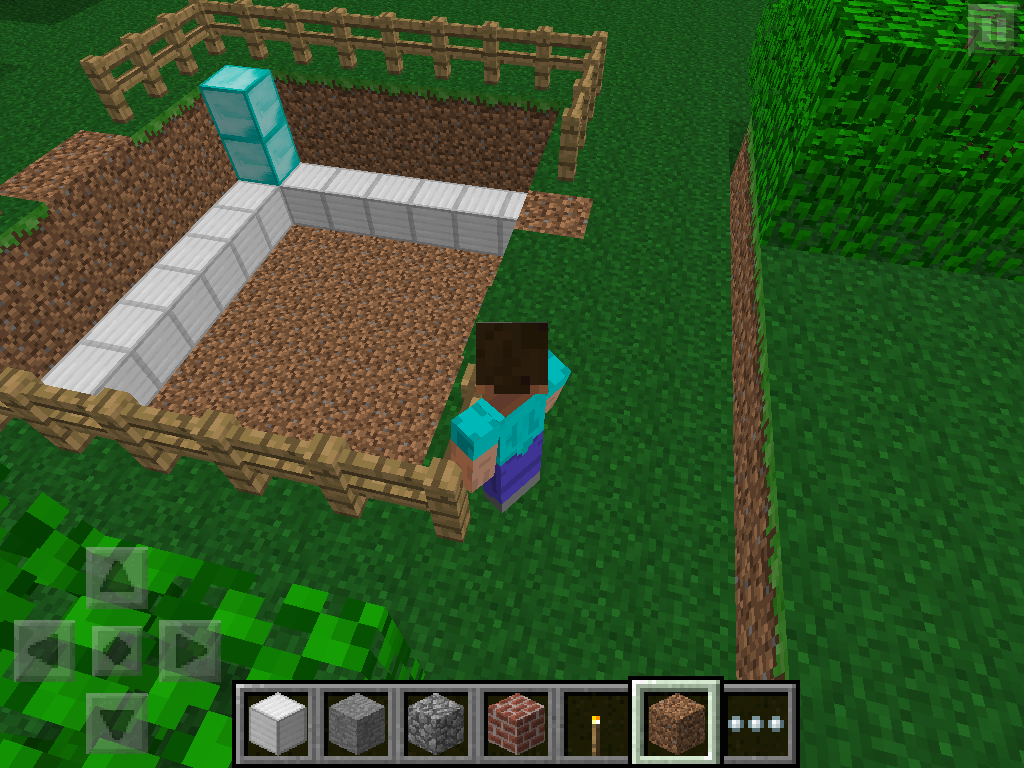 This is another area which lends itself to exploration in minecraft as it such a geometrical game. Learning the basic formulas for the area of rectangles and squares and estimating and units … It’s all there and this is probably a slightly more advanced level.

Volume then follows as well by multiplying the height of an object and your kids can explore what happens when it’s not a regular shape. You can even practice the sums in 3-D by removing some blocks from the object.

You could even look at surface area … here is an example.

I think the potential for teaching students about fractions is awesome in this game. Players can create objects and turn different fractions of them a new colour … And you could even start to talk about percentages by making an object that was for example 100 blocks and asking them to turn particular percentages of the object a different colour or to delete or add a different fraction or percentage. There are just so many ideas … If you write down a sum or even grab one from a students homework sheet, you can probably quickly think of a task that they could perform in the game to solve that question.

So by reading some of these examples your own mind is probably ticking away with ideas that you could use to help your children learn some basic maths literacy and concepts while playing a game that they love.

I’d like to hear of anyone who’s tried this and any other tasks that you’ve come up with. Use the comments section below.